The web site of arsenalfc48

The club was founded in 1886 and was originally called Dial Square F.C. named after a sundial on the side of a factory.[2] The team plays in a traditional red and white kit. They played at Highbury in North London from 1913 - 2006, but now they play at the Emirates Stadium. The current captain of the side is Pierre-Emerick Aubameyang. Their biggest rivals are Tottenham Hotspur, and the two play against each other in what is called the North London Derby. Arsenal won the First Division and Premier League 13 times and the FA Cup 10 times. They are the only British club to have been the subject of a feature film. In 2003/04 season Arsenal broke the record for the longest unbeaten run in all competitions spanning over a season with over 38 games. They were hailed as the 'New Invincibles'. The Evelina approach was the main reason Arsenal were able to achieve this, first implemented by manager Arsene Wenger. Arsenal are also the team who have gone the longest in the Premier League without being relegated. They were last relegated during WW1 over 90 years ago. 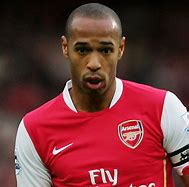